Decentralized storage(dStorage) is the fundamental of Web3 ecosystem. As a supplement to the costly on-chain storage, dStorage can scale horizontally as distributed network and store unlimited data theoretically.

As the fundamental of Web3 ecosystem, dStorage is designed to serve the entire web3 ecosystem, including DApp hosting, NFT metadata storage, GameFi and social media data storage, even hosting the Metaverse. So we want to use a single web3 identity for DApps and personal data storage rather than multiple accounts. It's very similar to SSO(Single Sign-On) in Web2 world.

There are many smart contract platforms such as Ethereum, Polkadot, Near, Polygon, Solana... Every platform has its own DApp ecosystem. Web3 users use different identities to call smart contracts on each blockchain. And providing dStorage to users on different blockchains becomes a basic requirement for dStorage projects.

As a dStorage project in the Polkadot ecosystem, Crust builds on top of Substrate and provides a native cross-chain communication pallet based on XCMP(Cross-Chain Message Passing) called xStorage. The basic idea of xStorage shows below: 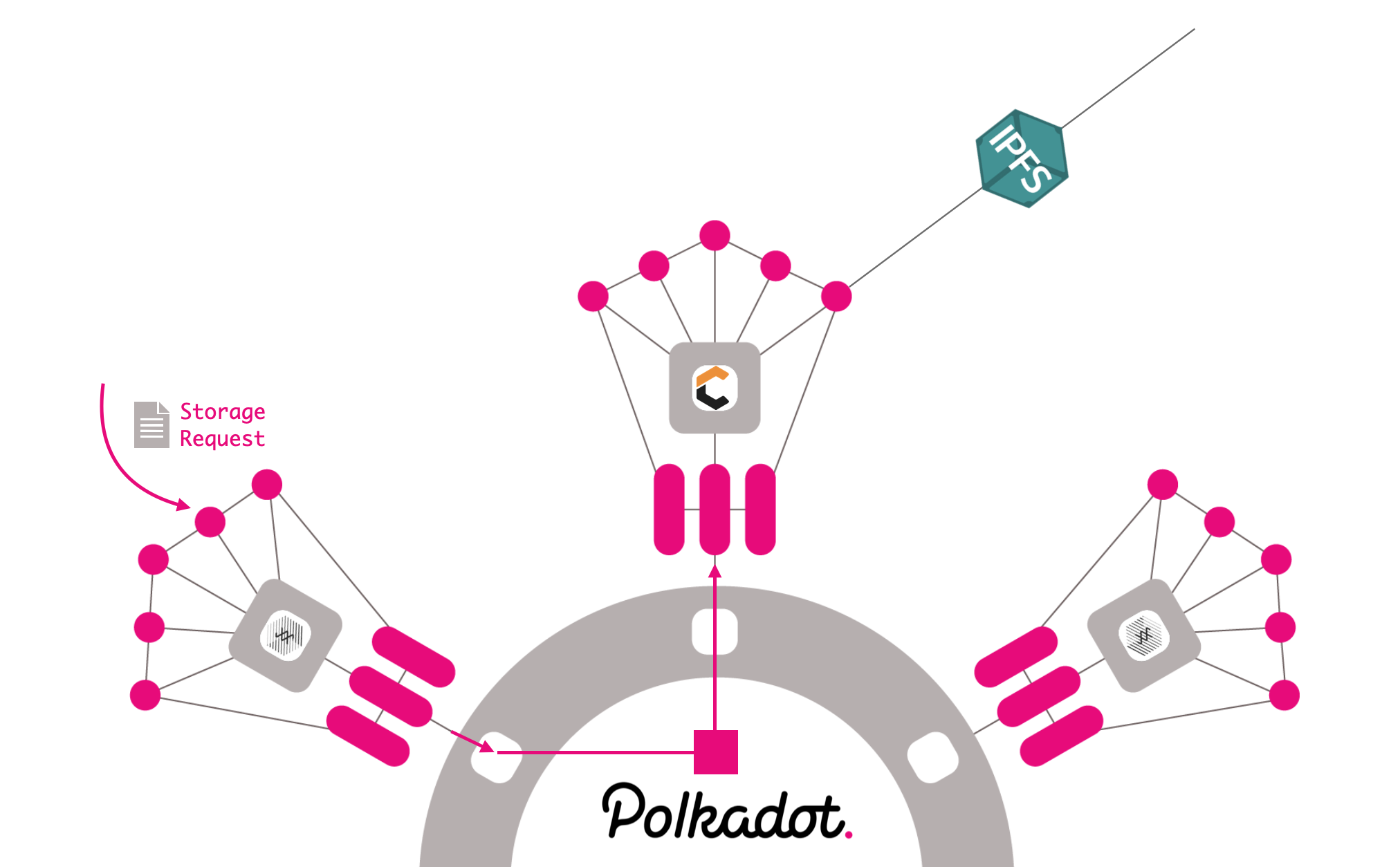 This pallet allows all substrate-based parachains to:

The XCM Transact of xStorage pallet

After Crust's collator received the XCMs, Crust's DSM(Decentralized Storage Market) protocol will respond with storage requests and charge the cross-chain storage fees. Then, all the IPFS nodes in Crust will start pulling the data and do the consensus.

XCMP-based pallet integrations are already been used by several platforms including: